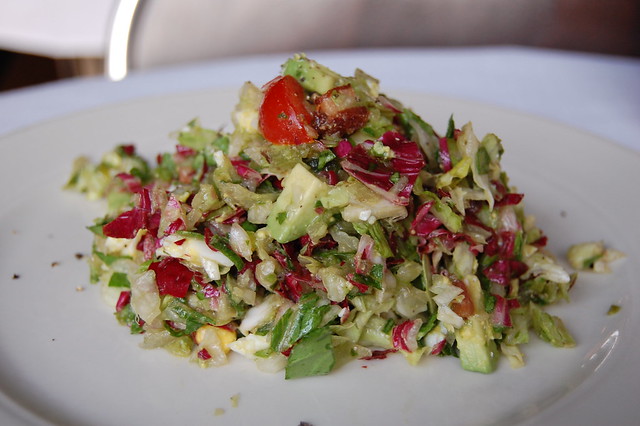 According to Forrest Wickman, this sort of culinary creation is an abomination. Photo via stu_spivack on Flickr.

Why? He goes into a detailed diatribe about why the humble chopped salad portends the decline of civilization, but his thesis is essentially thus:

“The worst thing about chopped salad is that the dressing tends to turn all those small chunks and scraps into a homogenous glop, due to the dramatic increase in the ingredients’ surface area.”

Seems to me that’s the point of a chopped salad. But whatever. I’m certainly not going to begrudge a fella a good rant.

Quite the opposite, in fact. I’m heartened by Wickman’s article, because it means my own rants about silly crap can likely find an audience on this here thing we call the Internet.

So look for some of those soon.