I drank my first cup of coffee when I was about five years old. I’m not talking about taking a baby sip from Dad’s coffee cup on a Sunday morning; I’m talking about my very own cup, filled to the brim with hot, steaming, black coffee.That’s right. No sugar, no cream, no milk.

Since then I’ve gone through life drinking coffee of various levels of quality, but here are the most memorable cups of coffee I have had the privilege to enjoy.

In my youth I spent summers working on my grandparents’ farm in northwestern Wisconsin. I helped bale hay, milk cows, tend the bees, and get the heifers ready for showing at the county fair. We’d get up early (mainly because Grandpa would sing Jim Reeves songs when he got out of bed at four in the morning), work hard, and drink a lot of coffee.

It wasn’t the strongest coffee ever made. In fact, by modern standards, it was on the weak side. But it was the first cup I ever drank, and it comes with good memories.

Not really a cup of Grandma’s Coffee, but it’s close.

The Coffee at the UW Memorial Union

After trudging across the Madison campus in hip-deep snow, nothing else could thaw me out quite as well as a cup of the Memorial Union’s coffee. This stuff was hot, black, rocket fuel; the perfect follow-up to a long night of Mifflin Street carousing. Add a bowl of cheddar soup, and you had yourself a meal that could wake the dead.

I spent many hours sitting in Der Rathskeller between classes, slugging down coffee as I scribbled out the Badger Herald crossword puzzle. (What’s a three-letter word for bitter vetch? Ers, as anyone who did that puzzle more than once can tell you.) 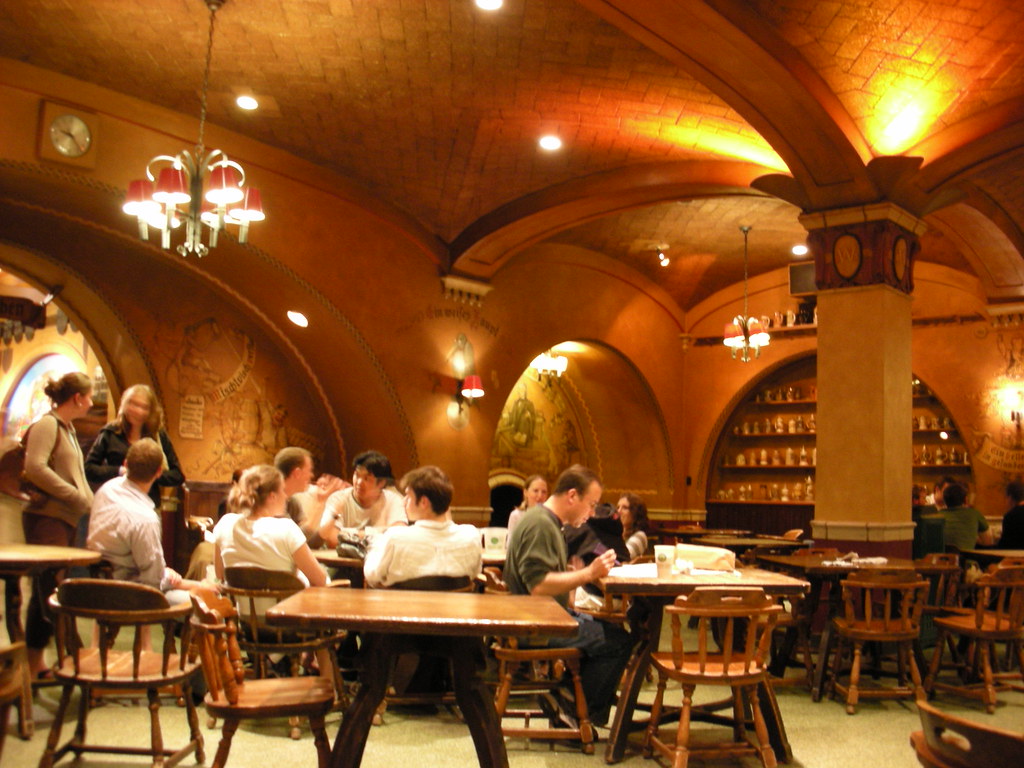 Yes, that’s right. I make a mean cup of coffee. After years of trial and error comprised of many sessions experimenting with any number of strange coffee-making devices, I recently decided to pick up an AeroPress.

This unique little device limits me to making a single cup of coffee at a time, and the process requires a bit more work than your standard drip coffee maker (get that water to 175 degrees F), but that’s okay. The coffee is so good, I only need one cup.

The AeroPress in action, moments before producing a fantastic cup of coffee.

Plus, my wife gets vindication after listening to me make fun of the electric one-cup coffee maker she bought as a (never given) gift years ago. I used to ask her, “Who the hell only drinks one cup of coffee?”

And it is, excuse me, a damn fine cup of coffee.

I should probably mention Intelligentsia here, too. If you’re ever in Pasadena (or Silver Lake or Venice or a number of places in Chicago), don’t pass up having a cup of coffee here. It’s probably the most civilized coffee-drinking experience I’ve ever had.

Want to brew yourself a decent cup of coffee from great beans?