The phenomena of Ghost Bikes is both haunting and touching.

When a vehicle strikes down a cyclist, it’s not unusual for a securely locked bike, painted entirely in white, to appear at the site of the accident within a few days — or even a few hours.

This site becomes a memorial for the lost cyclist and a reminder that when bikes and cars crash, the cyclist loses (while auto drivers can go uncharged).

People who aren’t cyclists don’t seem to like this practice very much, so the life of a Ghost Bike can vary wildly.

For example, this Ghost Bike was placed in honor of Alan Deane, who was struck by a car and killed on this spot on September 22, 2011. 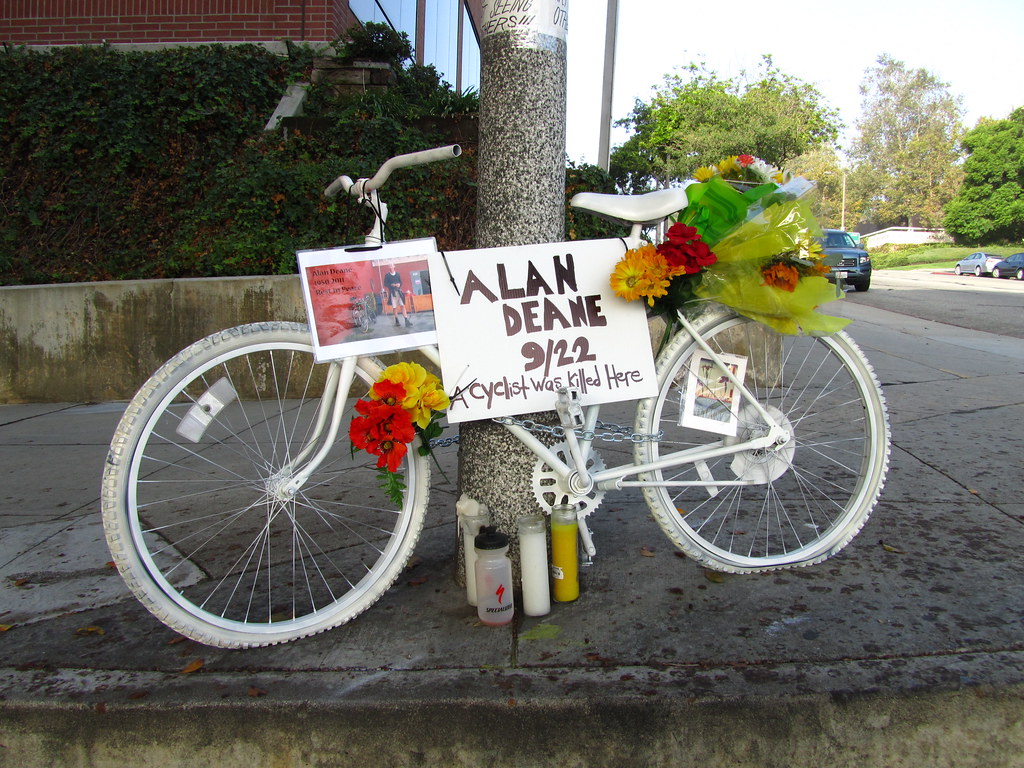 It was Deane’s 61st birthday when he was hit and died, and his Ghost Bike was removed by the city of Pasadena just before the 2012 Rose Parade.

On the other end of the spectrum, this is a Ghost Bike placed in honor of José Cuellar, who died under mysterious circumstances after a crash on this spot on June 24, 2013. 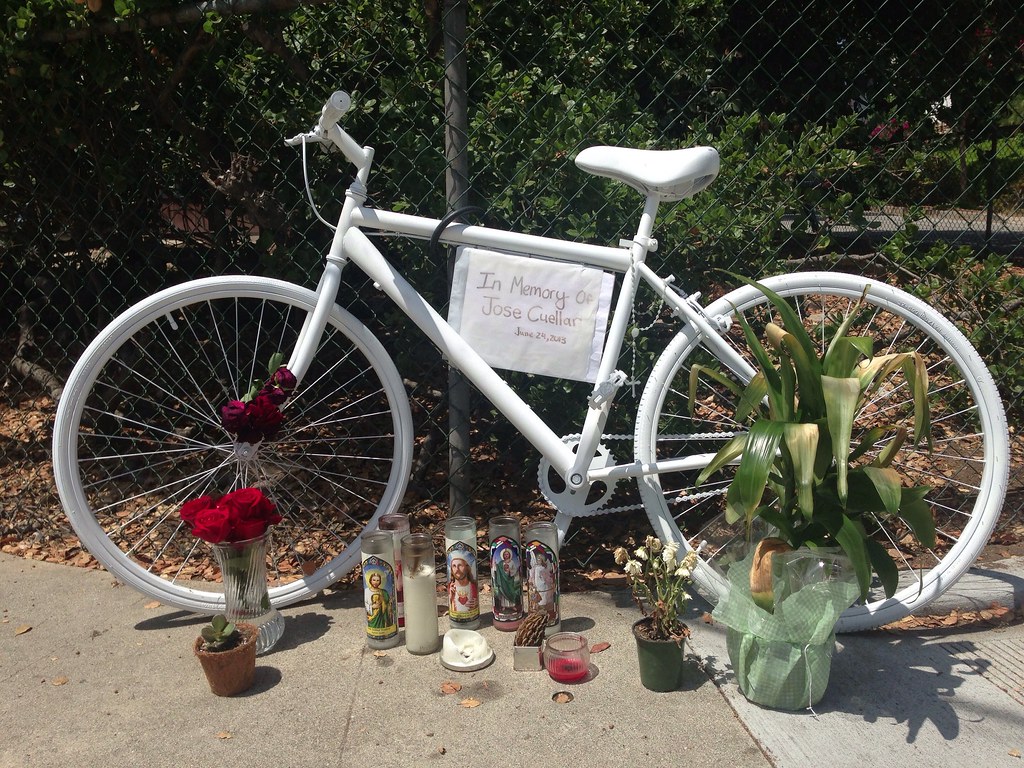 Thanks to the property owners, this bike remained in place, serving as a reminder of this dangerous and confusing corner — at least until March 22, 2014, when someone ripped it off the fence and threw it across the street. The bike was recovered and secured to a nearby pole.

In an effort to bring awareness to urban cycling, ZKO Films, an independent film company out of Long Beach, California, has produced a 60-minute documentary about the cultural significance and importance of Ghost Bikes.

You learn learn more about the Ghost Bike film project at GhostBikeFim.com and see more Ghost Bikes at the ZKO Films Tumblr.

And as a motorist, please take it easy on the cyclists — they’re a lot more fragile than you are. I recommend reading Bicycling Street Smarts to help both cyclists and motorists understand how to safely share the road.

My memories of third grade are largely non-existent. But my favorite, which I remember with crystal clarity, is about flying cars.

She drove a candy apple red first generation Ford Mustang. It was 1972. I was four years old.

Sure, Pasadena has some bike lanes. But they don’t go anywhere you want to go. They are, in fact bike lanes to nowhere.

The perfect savory breakfast donut for people who don’t like sweet donuts.

Friends of P-22, a great shirt honoring the mountain lion P-22 that has made his home in Griffith Park.

When driving CA-2 (the Angeles Crest Highway), it’s critical to always remember one thing — you’re on a mountain, and if you lose control of your vehicle, there’s a very real chance you’ll drive right off of it.